We have known since this year’s San Diego Comic-Con that Supergirl would be adding the famous Superman character Livewire into the show’s first season. Today, we finally know who will be portraying her as Variety‘s Laura Prudom revealed that Brit Morgan from True Blood, will be playing Leslie Willis a.k.a. the electric villain Livewire. She will be guest starring in an episode during the first season and while Variety doesn’t say if she will be recur, it’s a safe bet that we will be seeing her as a recurring villain. Here is how Variety describes the TV version of Livewire:

“Leslie is a confident, abrasive and funny shock-jock who works for CatCo Media, the conglomerate owned by Cat Grant (Calista Flockhart). When an accident makes her as dangerous and shocking as her words, Supergirl (Melissa Benoist) must stop her.”

This announcement comes just two days after the big news at TCA that Supergirl will be adding these three iconic DC Comics characters onto the show. Also, Prudom has some new details about those three characters from the producers, as well as some new details on Maxwell Lord (who will be played by Peter Facinelli) and more so make sure to check out what juicy scoops she got on the Variety article. 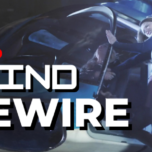 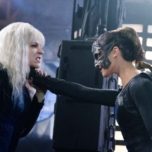 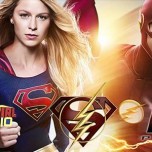 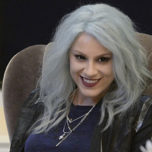