For several months now, it’s been teased on both podcasts that with the epic musical crossover between The Flash and Supergirl, the podcasts for both those shows, The Flash Podcast and Supergirl Radio, would of course come together for a crossover of their own.

On Tuesday, March 21 at 9 PM PST, the two podcasts will come together for a special live show, following the musical crossover on between The Flash and Supergirl.  The live show will be hosted at Mixlr.com/DCTVPodcasts where hosts of both shows will be discussing the big musical event.

You can either join the live-chat through your computer at Mixlr.com/DCTVPodcasts or you can get the official Mixlr app on your phone which is available for free on both the App store for iPhone users or through the Google Store for Android users.

Make sure you sign up for an account which is simple and completely free so you can participate in the live-chat with everyone else! This is where you can submit your questions for the hosts and your feedback about the crossover throughout the live-show. And there may or may not be some singing involved from the hosts…

Participating from the podcasts are: Andy Behbakht, Amy Marie, Brittany Rivera, Andrew Dyce, Rebecca Johnson, Carly Lane, Morgan Glennon, with special guest Keith Chow from DC TV Classics (that is releasing a special StarKid Holy Musical episode this Sunday to get ready for the DC TV musical). We hope you are all just as excited for this as we are so please, join us next Tuesday night LIVE for one super-show! 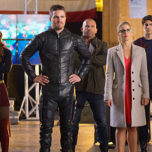 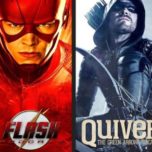 November 22, 2016 - Comments Off on LIVE Podcast Crossover On December 1 For 4-Show Crossover