It looks like an upcoming episode of Supergirl will feature Kara Danvers getting even more into her journalism, more than ever. The CW released the official description for the fifth episode of Season 4 titled “Parasite Lost.” The episode will introduce Colonel Haley (played by April Parker Jones) who will be a recurring guest star this season.

Check it out the synopsis for the episode below, but be aware of some potential spoilers.

THE POWER OF THE PEN — Colonel Haley (April Parker Jones) makes a surprising decision regarding Supergirl (Melissa Benoist). Kara writes s series of articles highlighting aliens in National City in the hopes that humans will stop being so fearful of them. Unfortunately, the article puts some of the aliens in harm’s way. David Mcwhirter directed the episode written by Maria Maggenti & Aadrita Mukerji (#405). Original airdate 11/11/2018. 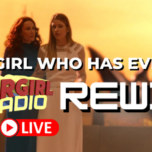 Supergirl Radio Rewind – For the Girl Who Has Everything 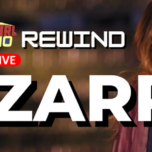 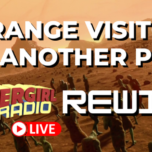 November 10, 2022 - Comments Off on Supergirl Radio Rewind – Strange Visitor from Another Planet 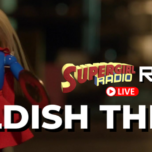